For more than 35 years, Cynthia (CJ) Warner, has held executive positions in the energy sector in operations, business development, strategy, environment, health and safety. Currently, Ms. Warner serves as President & Chief Executive Officer for Renewable Energy Group, Inc. (REG) and as a member of the Board of Directors.

Prior to REG, Ms. Warner served as Executive Vice President, Operations for Andeavor. She oversaw Andeavor's Refining; Logistics; and Environment, Health, Safety & Security groups, providing leadership that promoted safe, reliable execution and drove operating efficiency and effectiveness. Prior to that role, Ms. Warner served as Andeavor's Executive Vice President, Strategy and Business Development, where she led the company's strategic growth initiatives. She joined the company in 2014, bringing more than 30 years of experience in energy, oil refining and marketing, and related technology development.

Prior to Andeavor, Ms. Warner held executive leadership roles at several global energy companies. She was Chairman and CEO of Sapphire Energy from 2012 to 2014, after joining as President in 2009, where she led the emerging biofuels company's ongoing technology development and transition to commercial-scale algae biomass and renewable crude oil production.

Prior to Sapphire Energy, Ms. Warner served as Group Vice President of Global Refining and Group Vice President of Health, Safety, Security, Environmental and Technology for British Petroleum (BP). During her 10-year tenure, she oversaw refining operations in five continents and led a ground-breaking cooperative effort with the U.S. Environmental Protection Agency to shape an industry-wide framework for clean air improvements.

Ms. Warner began her career as a chemical engineer at UOP, followed by several years in operational leadership roles at Amoco. She is a featured leader in the 2008 book Becoming a Resonant Leader: Develop Your Emotional Intelligence (Harvard Business Press) and was named one of Fast Company's 100 most creative people in business in 2010.

Ms. Warner earned a Bachelor of Engineering degree in Chemical Engineering from Vanderbilt University and a Master of Business Administration degree from Illinois Institute of Technology.

Chad Stone has served as our Chief Financial Officer since August 2009. Prior to joining REG, from October 2007 to May 2009, he was a Director at Protiviti Inc., a global business consulting and internal audit firm. From August 1997 to September 2007, Mr. Stone served as Director with PricewaterhouseCoopers and he worked at Arthur Andersen from July 1992 to August 1997, departing as a manager. Mr. Stone was elected to the governing Board of the National Biodiesel Board in 2015 and has served as secretary since November 2016. Mr. Stone served on the executive Board of the Iowa Biodiesel Board from September 2010 to September 2016, serving as chair from 2014-2015. Since October 2015, Mr. Stone has served on the University of Iowa School of Management's Advisory Committee. Mr. Stone has over 20 years of experience in leading financial reporting, strategy, policy and compliance. Mr. Stone holds an M.B.A. with concentrations in finance, economics and accounting from the University of Chicago, Graduate School of Business and a B.B.A in Accounting from the University of Iowa. He is also a Certified Public Accountant.

Brad Albin has served as our Vice President, Manufacturing since February 2008. Mr. Albin joined REG in 2006. From 2002 to 2006, Mr. Albin served as Executive Director of Operations for Material Sciences Corporation, where he directed multiplant operations for automotive and global appliance industries. From 1996 to 2002, Mr. Albin was the Vice President of Operations for Griffin Industries. Mr. Albin has over 25 years of experience in executive operations positions in multi-feedstock biomass-based diesel, chemical, food and automotive supplier companies, such as The Monsanto Company, The NutraSweet Company and Griffin Industries. Mr. Albin was a charter member of the National Biodiesel Accreditation Committee. Mr Albin is a current director on two boards where REG has investments and was previously on the Board of Managers for Petrotec GmbH before REG acquired full ownership in 2017. Mr. Albin was previously the President and Vice President of the Iowa Renewable Fuels Association from 2011-2013. In November 2014, Mr. Albin completed the Advanced Management Program from the University of Chicago Booth School of Business and he holds a B.S. in Chemistry from Eastern Illinois University.

For more than 10 years, Eric Bowen has been at the forefront of development for start-up companies with an emphasis on biofuels. Mr. Bowen is an expert within the management and legal fields with an emphasis on venture capital financings, mergers and acquisitions, joint ventures and IPOs. Prior to joining REG, Mr. Bowen was Founder, President & CEO of Tellurian Biodiesel, Inc. (acquired by REG). He has also led Sigma Capital's biodiesel project finance group and practiced law in Silicon Valley at Venture Law Group. Mr. Bowen served as Chairman for the California Biodiesel Alliance until 2012. 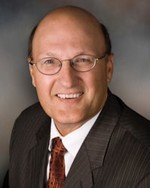 Gary Haer has served as our Vice President, Sales and Marketing since we commenced operations in August 2006. From October 1998 to August 2006, Mr. Haer served as the National Sales and Marketing Manager for biodiesel for West Central Cooperative, now known as Landus Cooperative, and was responsible for developing the marketing and distribution infrastructure for biomass-based diesel sales in the United States. Mr. Haer has over 20 years of experience in the biomass-based diesel industry. Mr. Haer previously served on the Executive Committee of the National Biodiesel Board's Governing Board and was Past Chairman. He held various officer positions during his tenure from 1998 to 2017. Mr. Haer holds an M.B.A. from Baker University and a B.S. in Accounting from Northwest Missouri State University.

For more than 15 years, Natalie Merrill has worked within the finance and accounting sectors. Ms. Merrill leads REG's Corporate Finance and Investment Banking activities with responsibility for financing strategy and mergers and acquisitions. Additionally, she oversees the company's operations control team and operations center. Ms. Merrill assists in the evaluation of business development opportunities and strategic investments and coordinates internal financial analysis on behalf of other REG business units.

Mr. Lenhart serves as a member of REG's senior management team and contributes to strategic business decisions for the North America and European markets. He oversees purchasing of feedstocks and chemicals, sales of co-products. Mr. Lenhart provides oversight and metrics to ensure the performance of all the activities, as well as looking for continuous improvement.

He currently serves as Secretary for the Iowa Biodiesel Board and on the board of directors for the Executive Advisory Board of the Iowa State University MBA Program. He also helps with numerous youth sports organizations and with Hope Lutheran Church in his community.

Raymond Richie serves as Vice President, Strategic Planning and Analysis (SP&A) and Managing Director, European Operations. As Vice President of SP&A, Mr. Richie leads a team that helps REG evaluate current and new market opportunities, integrate acquisitions into the company, and coordinate large cross functional projects. As Managing Director of European Operations, Mr. Richie is responsible for the European P&L that spans activities taking place in Germany and Netherlands. In addition, Mr. Richie serves on all Boards within that region.

Mr. Richie has a broad business background that was developed by leading companies, consulting executives of large multinational companies. Mr. Richie has expertise in several industries including fuels and chemicals, agribusiness, transportation and logistics and healthcare.

Prior to REG, Mr. Richie spent a number of years as a management consultant with Ernst & Young, LLP and a boutique agribusiness firm. Mr. Richie has experience in industry working for companies ranging in size from startup, including private equity owned, to large and publicly traded. At these companies, Mr. Richie has served in a variety of executive positions, including President, overseeing such functions as: manufacturing, sales and marketing, procurement, finance and accounting.

Mr. Richie holds both a B.S. and an MBA from Indiana University's Kelley School of Business where he majored in Finance, Marketing, and Strategy.